My Uncle Peter died just over a century ago, in the early 1900’s. He was but a few months old. The family lived in Southampton. A second baby was born, another boy who was christened John but known in the family as Jack.

Jack met, wooed and married Dora; the wedding held in a church just outside Southampton. A year or three later, a son was born who was named Peter after Jack’s late baby Brother.

I’m Peter, Jack and Dora’s son, and I have a younger Sister, Joan. Our family photo is from the mid-1940’s.

Jack’s Father, our Grandad, was well cared for toward the very end of his long life. He passed away peacefully in Southampton General Hospital.

Just over ten years ago, I was admitted to Southampton General Hospital for heart surgery. Following that surgery, I was transferred to the expert care of the Intensive Care Unit (ICU) and maintained in a drug-induced coma for a month.

Much later I learned from my family, who visited me daily, that there was at least one ‘touch and go’ moment. That I survived is down to the teams who operated on me; to everyone who cared for me in ICU – twenty-four hours a day, every single day for that month. 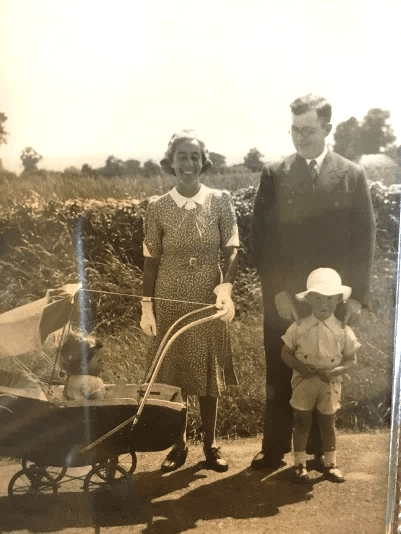 Nurses on the High Dependency Unit cared for me after ICU, then a few days later I was transferred to a general Cardiac Ward for just a couple more days and then to a hospital closer to my home for final rehabilitation prior to discharge.

The Surgical, ICU, HDU and general wards at Southampton General Hospital have given me at least ten more years of life, time that I have valued beyond words. Every day is a blessing. I hope that my life will continue for many more years yet.

My gifts to Southampton Hospitals Charity could never repay my family’s debt to you all. I am so pleased that the coronavirus response appeal is directly for the benefit of the staff at University Hospital Southampton.

Thank you from the bottom of my heart.