When Blake was five years old, he suffered a major paediatric stroke and was taken to his local hospital. Once diagnosed, because time is of the essence in these instances, he was immediately transferred to Southampton Children’s Hospital for specialist neurological care.

“I live in Portsmouth with Blake, 8, and his sister Summer-Jayne, 12,” says mum, Racine.

“Growing up, Blake always seemed to be poorly with infections, he struggled with his development, and became more worn out than most children even just doing the simplest of activities.

Many health professionals ran tests, but no answers were found.

Then in 2019, Blake complained of a headache and refused his dinner, and became very sleepy. We were so concerned that we rung 111 for advice, but whilst on the call, Blake made such a blood curdling scream that they immediately sent an ambulance.

We were taken to our local hospital in Portsmouth where in the emergency department, he continued to complain of a severe headache, so they began to run tests. He went downhill very quickly, and after a blood test, he was sedated so they could perform an MRI scan.

Unbelievably this showed that he had a stroke.

I’d never heard of children having strokes before. 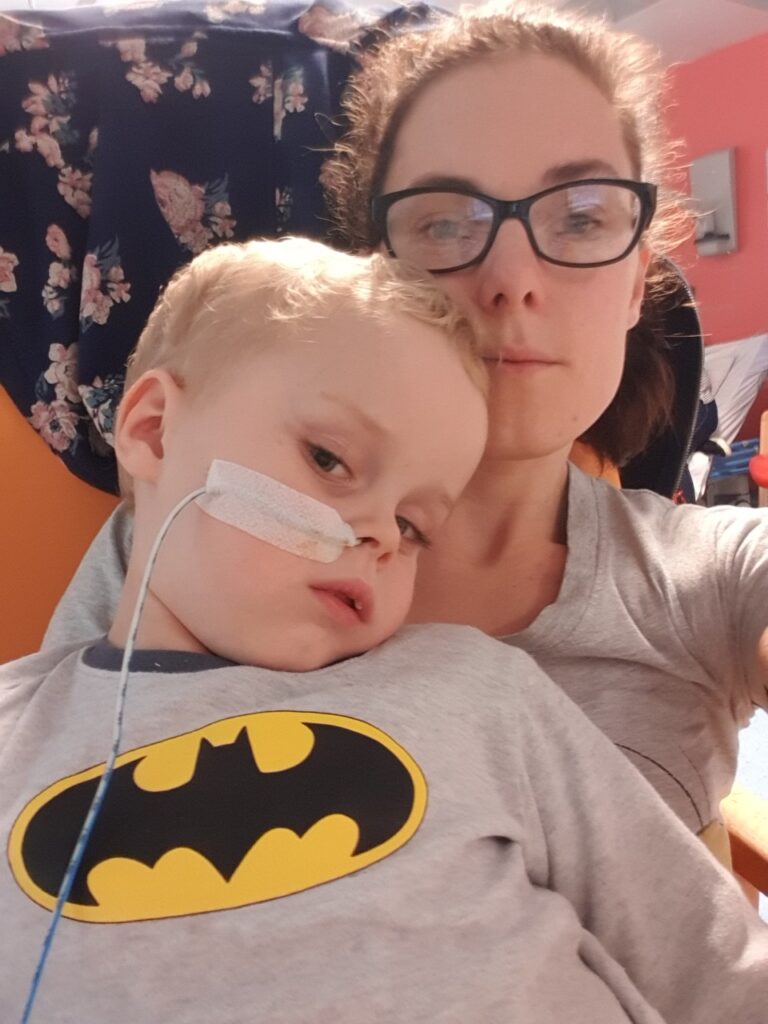 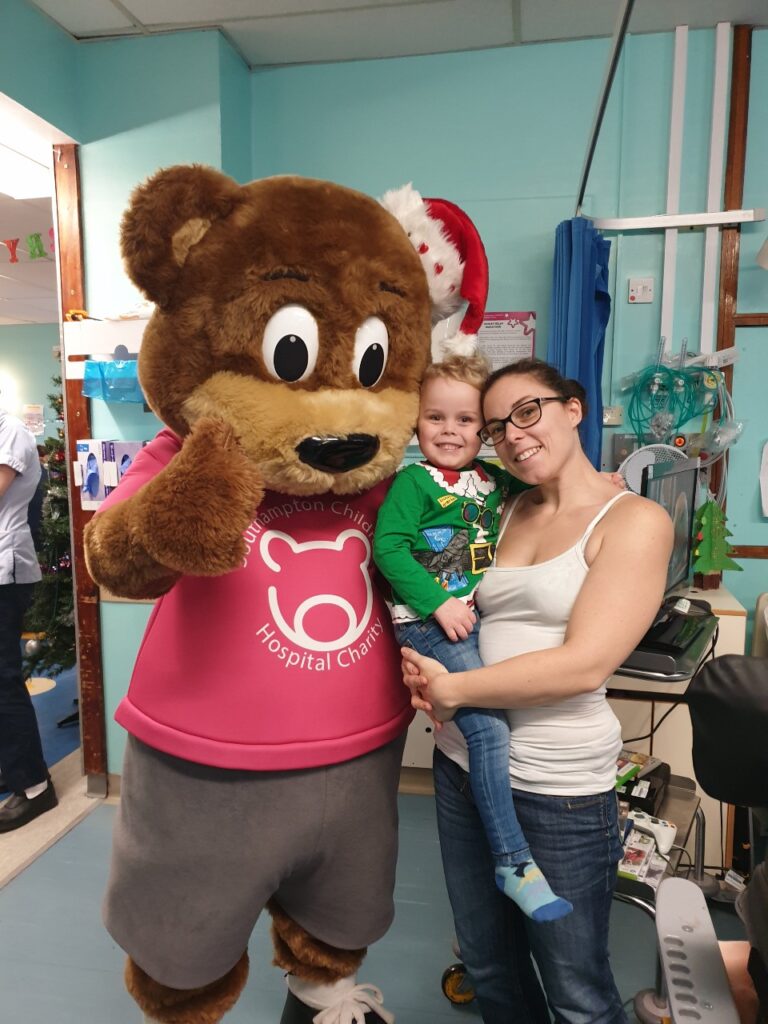 We were transferred to Southampton’s paediatric intensive care unit (PICU) for specialist treatment, and he had a second MRI which indicated he’d had a major stroke.

Doctors worked hard to find the cause of this, and then an angiogram confirmed that Blake had Moyamoya.

This is a rare and progressive circulatory disorder caused by blocked arteries at the base of the skull.

We spent three months on PICU, G2 and G3 wards at Southampton Children’s Hospital, getting him to the point where he needed intensive physiotherapy.

Following the stroke, he had to learn how to eat, speak, and use his right side again.

Blake now is able to walk short distances but has a wheelchair and splints to support the weakness on his right side.

As a result of the stroke, he has developed epilepsy, ADHD, and autism.

Although we brought a different child home to what we went to hospital with, he remains one the strongest people I know, and I am so proud of him. 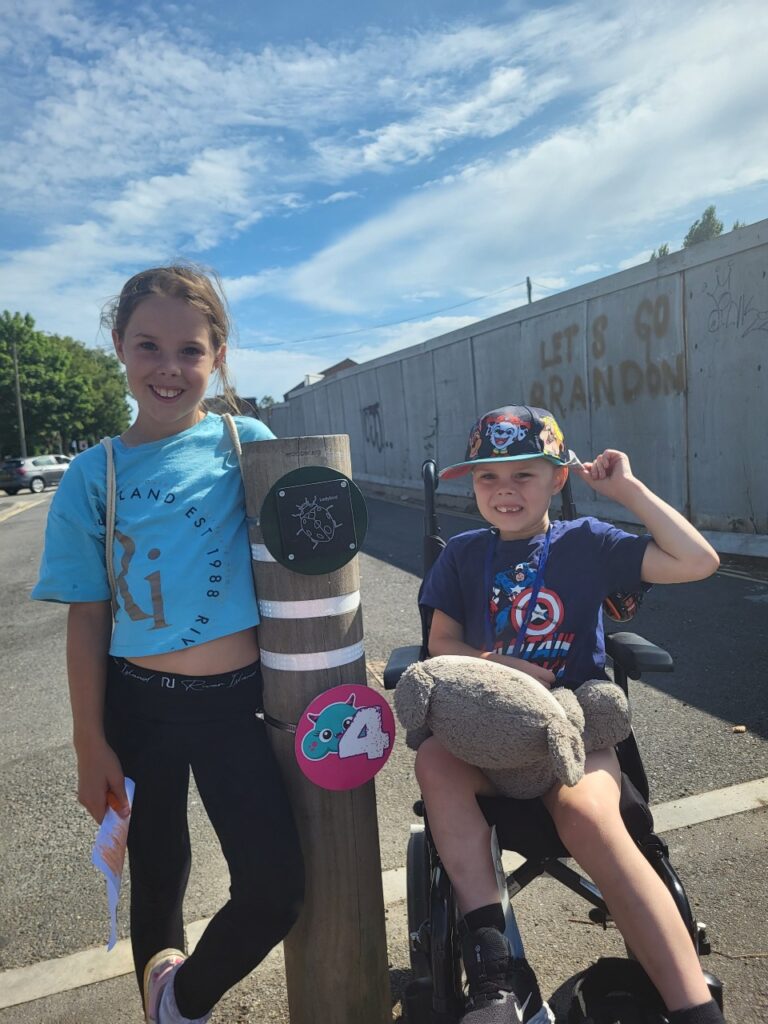 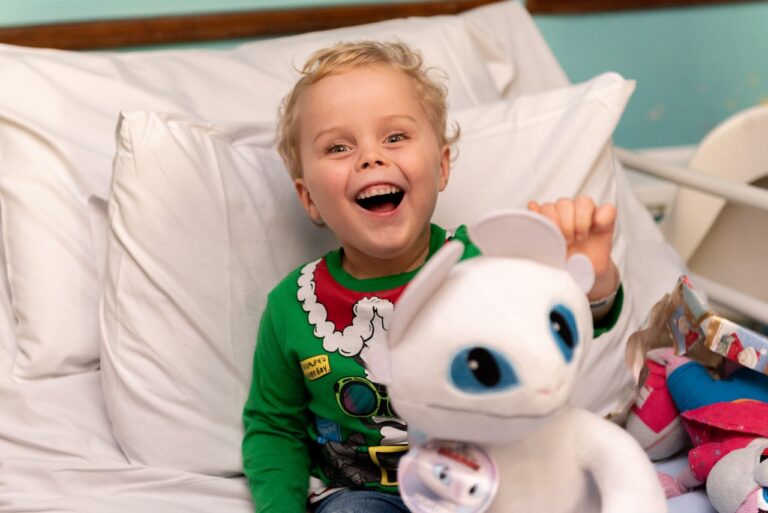 Blake will remain under the care of Southampton Children’s Hospital and is scheduled for yearly MRI and angiogram tests to closely monitor his condition.

He had his first brain surgery in 2020 at Great Ormond Street Hospital and follow-up surgery in 2021. It is likely he will need more in the future to slow the progression of the Moyamoya.

Running for the hospital

In 2022 I started running the couch to 5k to help with my mental health and fitness.

I was thrilled to complete my first 5k race, and after I saw an advert for the ABP Southampton Marathon, I knew that I had to run my first 10k race for the hospital and the people who helped save my son.

Running is still a challenge for me, but it is nothing compared to what Blake has gone through in the last year.”

Discover more about running in the ABP Southampton Marathon for Southampton Hospitals Charity. As lead local Charity for the event, you can choose from 5k, 10k, half marathon, or marathon distances. Click here for full information. 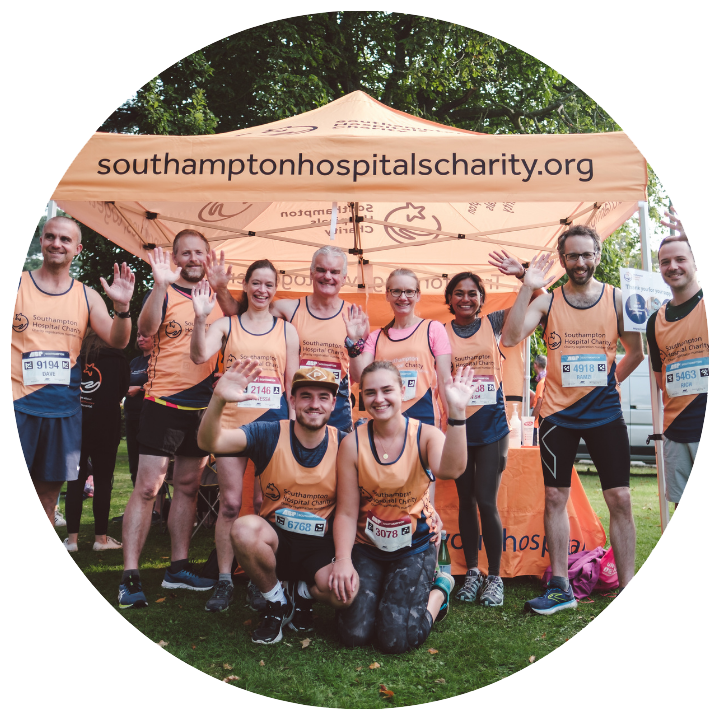