This May, Kimberly Crosswell from Hedge End ran the Thames Path 100-mile challenge in support of the Southampton neonatal intensive care unit at University Hospital Southampton to thank staff for saving her daughter’s life.

Kimberly says: “I have always been fit and healthy, and for the last eight years, I’ve run marathons and ultra-marathons.

That all changed in late 2019 when I broke my ankle. I became pregnant with twins shortly after, so had to rein in my running while my ankle healed.

I was pregnant during the turbulent year of 2020, and this was not without its challenges. During a scan at Princess Anne Hospital at 24 weeks, I discovered that our smallest twin, Lily, was not growing.

As this was my first pregnancy, and a twin one at that, I was terrified, especially as my husband could not attend any appointments with me. 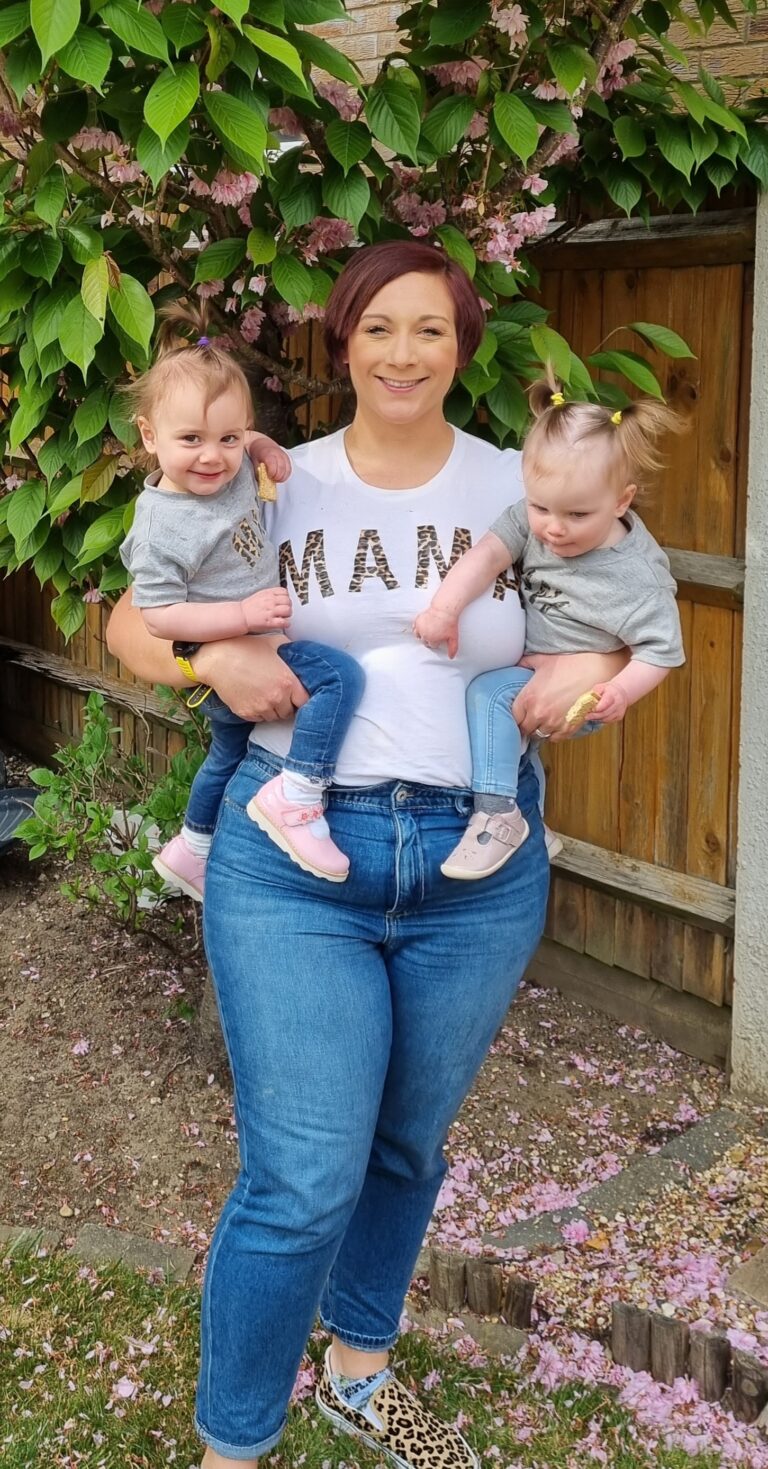 Further tests and scans revealed at 26 weeks at she had In-Uterine Growth Restriction (IUGR) where my placenta was not working efficiently to feed her.

My husband, Stewart, and I knew that the rest of my pregnancy would be challenging, and that when Lily was born, she would be smaller than the other baby. For the rest of the pregnancy both Daisy, Lily, and myself were monitored by the amazing foetal medicine team.

We received weekly scans and monitoring and in the final weeks, I received trace monitoring every other day and steroid injections to prepare our babies’ lungs for birth.

On 5th August 2020, our beautiful girls were delivered safely at Princess Anne Hospital, however at only 3lb 5oz, Lily required some extra support to grow and become strong enough to come home. She was tube-fed and an in an incubator initially, before slowly moving to a special ‘hot cot’ to keep her warm, and we developed a specialised feeding programme for her.

She spent nine days in the special care beds in the neonatal intensive care unit (NICU) where we both received incredible care and support from the team who work there.

All of the staff in the NICU are miracle workers, and I cannot praise them enough for their kindness and support. Around a thousand babies a year are cared for by this NICU, and the skill of the staff to look after these tiny babies is extraordinary.

Through Southampton Hospitals Charity, I’m raising money for the unit by running the Thames Path challenge on 7 May 2022. This is the longest distance I have ever run, and I will attempt to run 100 miles within just 28 hours.

Since becoming pregnant I have struggled to regain my fitness and so I have had to really commit myself to train and to completely rebuild my fitness from scratch.

I have been attending my local park run and I have a twin running buggy so the girls can run with me!

They love park run and clapping and waving at everyone as we run past. It is hard to train as I want to spend time with the girls, but I fit it in whilst I can by waiting until they go to bed or getting up very early to get a longer run done.

We have received continuous support from Southampton Children’s Hospital. After a good start, both girls struggled to put on weight and Lily needed surgery for an inguinal hernia (a condition often seen in premature babies) at three months old.

Once again, the amazing staff were there for us. We now have regular catch-ups with their paediatric consultants, and they are thriving. Daisy is now running herself and Lily is not far behind!”

430g baby survives thanks to…

Maxwell Revell was born on Friday 3 July 2020 at Princess Anne Hospital via emergency C-section, weighing only 430g. The family are now fundraising for the neonatal unit to...