This November, Julian Smith, Consultant Urologist and Tim Bryant, Interventional Radiologist as well as his 16 year old son Charlie Bryant will be rowing a staggering 1000km in 30 days.

“We were challenged by an Anaesthetist during an operation to take on a Rowvember challenge as opposed to Movember, and we thought that this would be a great initiative to raise vital funds for the Department, as well as celebrate the one year anniversary of the opening of the Urology Centre at University Hospital Southampton (UHS). 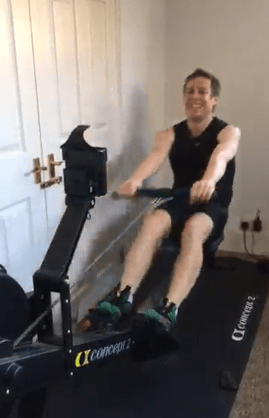 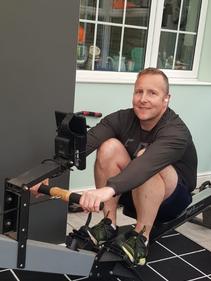 All of us have been working really hard to reach our daily goals and Tim and I will be ending the challenge with a bang by rowing a full marathon each – a challenge and half in itself as training plans usually say this takes up to three months, and we are going from zero to marathon within just 30 days!”

University Hospital Southampton NHS Foundation Trust is a centre of excellence for cancer treatment. Julian and Tim are both departmental leads for Urology and Interventional radiology, respectively, within the Trust.

When speaking about the reasons behind the mammoth challenge Julian said,

“We wanted to raise money for Southampton Hospitals Charity who enhance care for patients and staff at UHS, as so many of their events have had to be cancelled due to coronavirus and this is having a huge impact on their funding.

All money raised will go towards supporting the Pancreatic, Liver and Neuroendocrine Tumours Service as well as Action Urology (Advanced cancer therapy in our NHS). 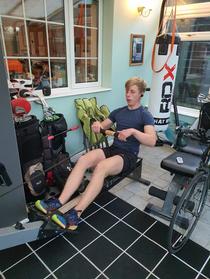 Between the two areas, their common aim is to help patients with cancer with patient support, innovative treatments and research projects. Together we are raising money for the pelvic exenteration service with the innovative treatment, unique to Southampton in the UK, of giving Intra-Operative Radiotherapy (IORT) in the middle of an operation to improve cancer outcomes.

The urology team are also aiming to launch Hyperthermic Mitomycin treatment for bladder cancer patients.  This treatment involves instilling chemotherapy directly into the bladder and warming it up to help the chemotherapy penetrate the bladder wall.

These techniques won’t be used on all cancer patients, but for many, this may be their only and last potentially curative cancer option.”

You can support the team by visiting https://www.justgiving.com/fundraising/rowvember-charlietimjules