Sally Sellwood took a different approach to turning 50 on 22 April, by signing up to the Welsh race to the sea ultramarathon in support of Southampton Hospitals Charity!

“We used to live in Overton in Hampshire but moved to West Wales in 2015 with our two kids, George who was 10 at the time, and Iona who was 8. 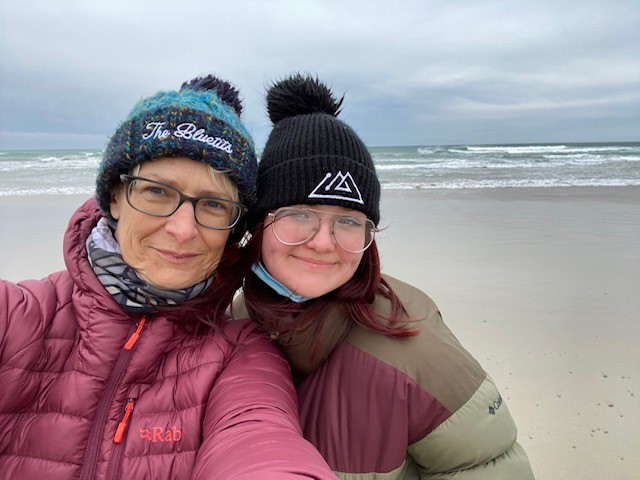 George had been a healthy child and met all his normal milestones. However, not long after turning two he started not wanting to walk or be picked up. He’d always had nose bleeds, but the bleeding began to get more severe.

This went on for a couple of weeks, and we made several trips to our local GP surgery.

He couldn’t establish the cause, so as we had private health insurance through my husband’s work, we booked see an orthopaedic specialist in Basingstoke.

Just like the GP, the consultant couldn’t work out what was wrong with George. He took some x-rays and blood, then referred us to Charlie’s Day Unit (CDU) at Basingstoke Hospital.

On the morning of our appointment in CDU, I went to check on George as he usually woke us all up early, but on that morning, he hadn’t got out of bed. He was having a really bad nose-bleed which took me about 20 minutes to stop.

If I hadn’t already had the hospital appointment, I would probably have taken him to A&E. Instead, I waited for our appointment.

We saw a registrar initially who saw how he couldn’t walk, and when they checked his skin, this peculiar rash started appearing all over his body. It was literally appearing before our eyes! He also had bruising that we hadn’t seen before.

At that point, the registrar disappeared, and we didn’t see anyone for what seemed like ages. The nurses came to take bloods, and George had a couple more nose bleeds, and was sick all over his soft toy.

Later that afternoon, we were moved to one of the side wards. The consultant appeared with a haematologist and told us they thought George had cancer. We couldn’t believe it.

He was diagnosed with acute lymphoblastic leukaemia which affects white blood cells and is very aggressive. The consultants hadn’t seen anyone with such low platelets before. 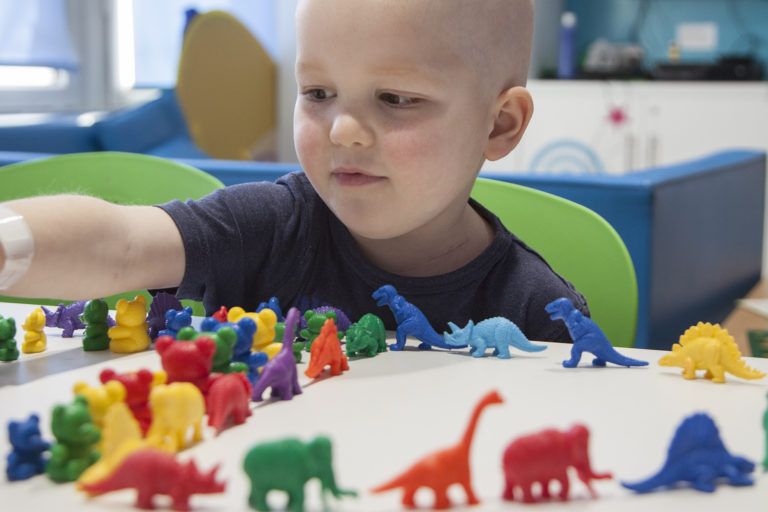 The next day we were transferred via ambulance to the Piam Brown children’s cancer ward in Southampton Children’s Hospital for urgent treatment.

This was in February 2006, and we stayed on the unit for 10 days as George was so poorly.

They performed a lumbar puncture, and he had to have two or three blood transfusions and intravenous antibiotics to remove an infection.

Over the next three years, George had chemotherapy treatment at both Southampton and Basingstoke. It was intense, especially with him being so young at the time.

One incident that I remember vividly was when we discovered he was allergic to one of the chemotherapy drugs. This particular drug, Peg Asparaginase, was known to cause a reaction and the protocol meant we had to stay in hospital for an hour after it had been administered.

After his first dose, we waited for an hour and then left. He seemed a bit fractious but we had been in hospital all day and he was tired. I thought that once I got him in the car, he would sleep and I would be able to get home.

Fortunately, as we left the hospital, I stopped at WH Smiths in the hospital and bought him a bottle of water. As I bent down to give it to him in his pushchair I noticed he had little red patches by the corner of his mouth.

I took him back to the ward, and he was unwell on the way back up. Instead of going home, we stayed for a further three days while they monitored him.

We went from having one injection in a cycle of every two weeks to having six injections of a different drug over the course of the two weeks instead. He got a lot of Thomas the Tank Engine trains out of that as rewards!

Thankfully the second year was much less intensive, and then we slowly had fewer appointments. It went from once a month to every three months, then every six months and then just once a year.

He has been given the ‘all clear’ now and is going to be studying mechanical engineering at the University of Southampton this September. It was so strange going back to Southampton for the open day! 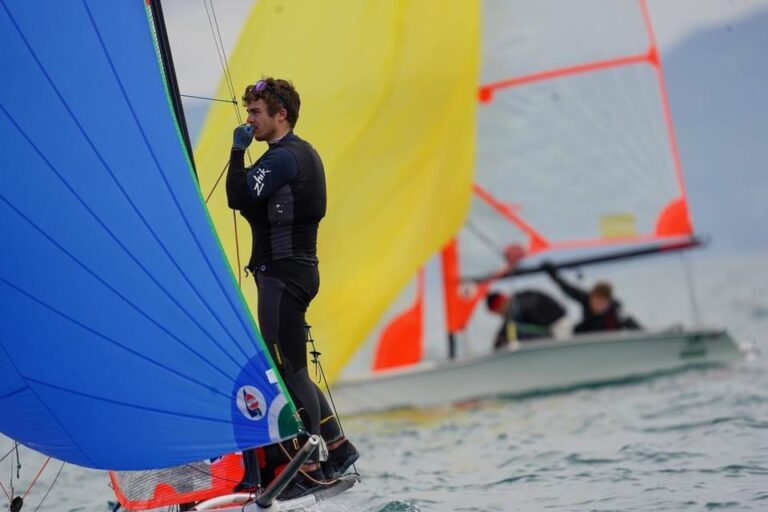 I’ve been thinking about taking on a fundraising challenge to thank the Piam Brown ward and all of their incredible staff for a while now.

I turned 50 on 22 April, and so decided to set myself a challenge; on my birthday I signed up to the Llanidloes race to the sea on 29 October.

While I do regularly run by myself or with my running group, the longest run I have ever done is 10 miles.

I’ve given myself six months to get ready, but in the back of my head, I know I can walk it if needed within 12 hours!

The ward gave their all to save my son’s life, so I am really proud to be able to raise some money to help the current and future patients on the ward.” 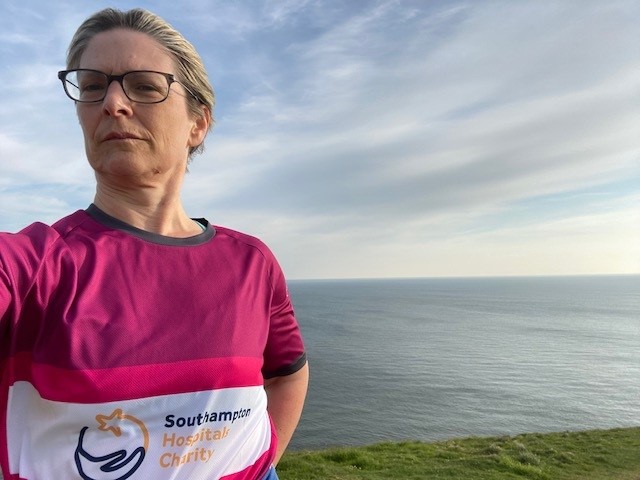