Chicken pox – something that for most people, is just an uncomfortable reaction to the infection, and very common in children. The Holland family spent two months in Southampton Children’s Hospital after a side effect of chicken pox led to inflammation of the brain and spinal cord in her daughter. Mum, Victoria explains:

“I live in Farnborough with my husband James, our daughter Emily, 7, and our dog Ozzy!

At the end of March 2022, Emily developed what we thought was an ear infection. She was in so much pain, so I took her to our local emergency department at Frimley Park Hospital on 30 March where they prescribed antibiotics.

We were sent home and told to monitor her.

The next day, her condition started to get worse. She was sick, incontinent, confused, and had wandering eyes. We took her back to the emergency department, where she was admitted to hospital for tests.

On 2 April, Emily developed red spots on her skin, and after tests, we were told she had chicken pox.

A CT scan that day showed white areas around the right side of her brain. By this time, she had stopped communicating with us and could only flap her right arm up and down. 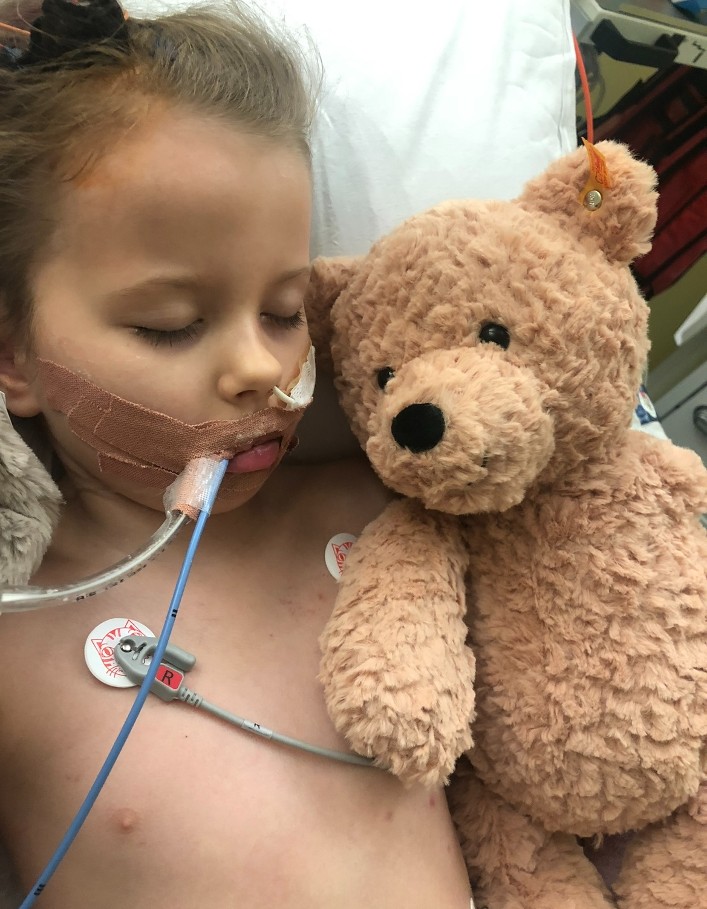 She was sent for an MRI scan, with the images being referred to St Georges Hospital for experts to look at. Immediately they called the retrieval team from Southampton’s paediatric intensive care unit, and they arrived within 30 minutes to pick her up.

They put Emily into a coma before transferring her to Southampton.

She then spent five days in a coma having various CT and MRI scans. They discovered a blood clot in her head, so they started her on blood thinners.

She was diagnosed with acute disseminated encephalomyelitis (ADEM). This was a brief, but widespread, attack causing inflammation in the brain and spinal cord. It damages myelin, the protective covering of nerve fibres, which is why her condition deteriorated so quickly.

This was brought on by the chicken pox virus. 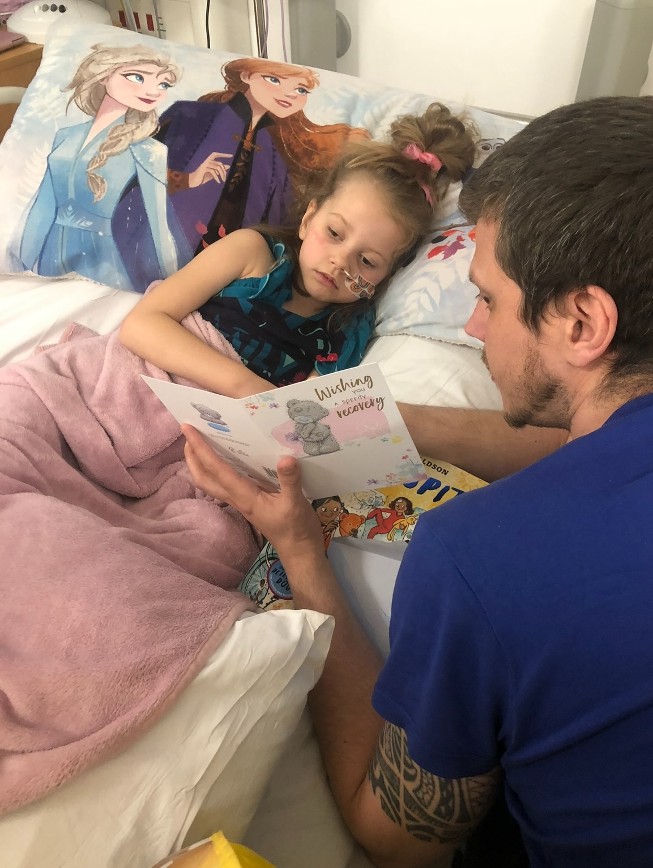 After the five days in a coma having three rounds of steroids and two rounds of Intravenous immune globulin (iVIG) antibodies, they lifted her sedation to see how she would respond to us.

Firstly, there wasn’t much of a response. She was very calm, but she wasn’t doing a lot, and needed some help with a breathing machine for a few days.

It was such a difficult time for James and I.

By day 17, I was messing around next to her bed. I put a pair of her knickers on my head and sang a song to her and she laughed. It was the most amazing thing to hear!

Shortly after, she was transferred to the high dependency unit for one night, before going onto the G2 neurological ward for a lengthy stay to help with her rehabilitation. She had to learn how to talk, eat, and walk all over again.

During her rehabilitation stay, she developed a rash across her whole body, and with it came hallucinations and voices.  A team of dermatologists looked at her and a list of her many medications and advised she had developed a reaction to her acid reflux medication, Omeprazole.

This is extremely rare, so much so, they are doing a case study on her to help other dermatologists learn about this reaction.

The staff right across Southampton Children’s Hospital were absolutely amazing. The doctors and nurses were remarkable in the way they helped both Emily, and us as her parents, get through the most traumatic experience of our lives.

Thankfully after spending 11 weeks in hospital, we left for home in the middle of June.

Emily is still recovering, but we will forever be thankful to the hospital for saving her life.” 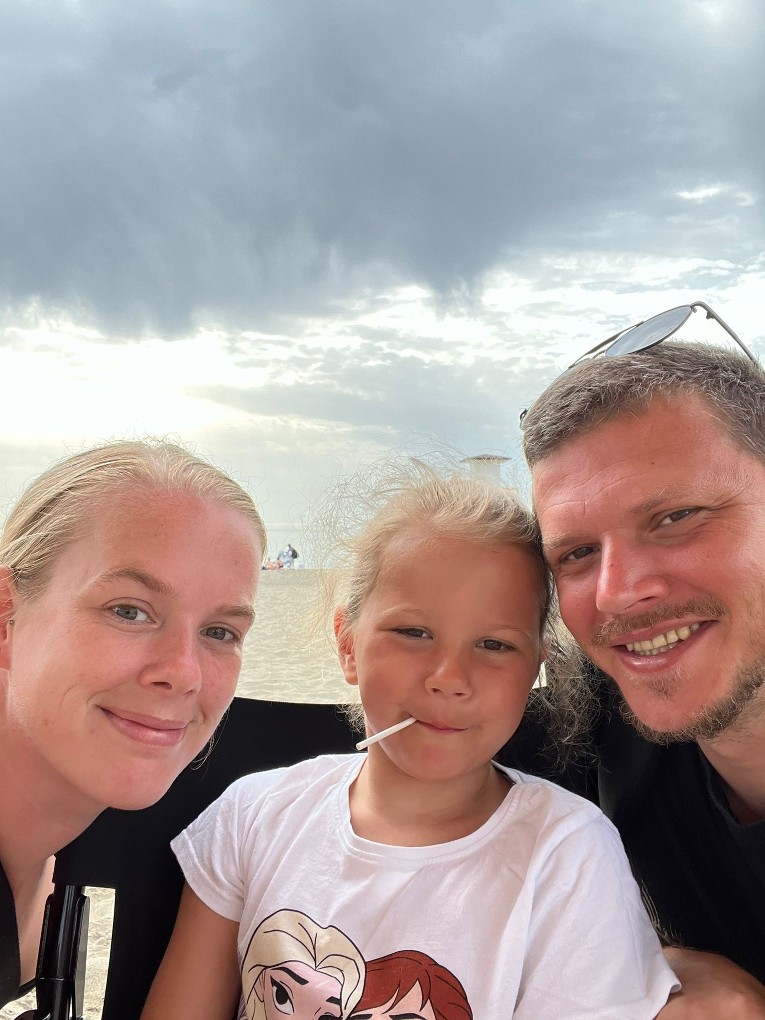 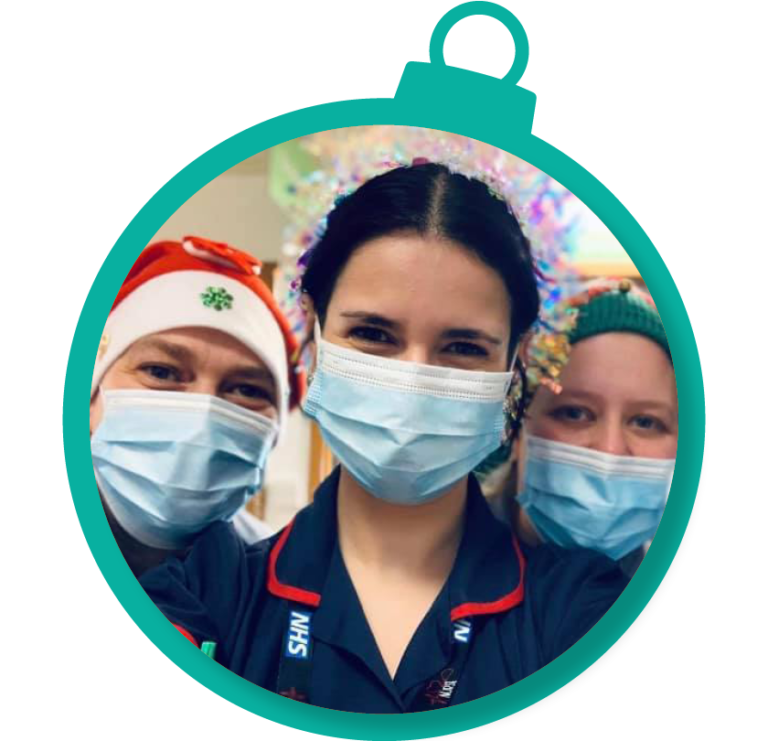 Help us sprinkle smiles, laughter, and happiness across our hospital this Christmas. You can help make it happen!

Christmas should be about spending special time with family at home, seeing children getting excited, watching them unwrap presents, and spending the big day celebrating. Sadly, for many children in hospital, this just won’t happen.

Support our patients this Christmas!