Dave Henson successfully broke the Guinness World Record for distance run whilst handcuffed at the TCS London Marathon. Since achieving this incredible feat, Dave had this to say:

“It went well! I’ve done a few marathons before but wanted to do something a bit different for this one.

I applied to Guinness World Records to attempt to break the existing record for running the distance handcuffed and  the attempt had been accepted 10 days before the race!

Fortunately I had been training anyway. So once I accepted, I decided I wanted to raise money for a good cause.

My two sons have both received treatment for various reasons over the years and my wife also has regular contact with the eye unit at University Hospital Southampton. 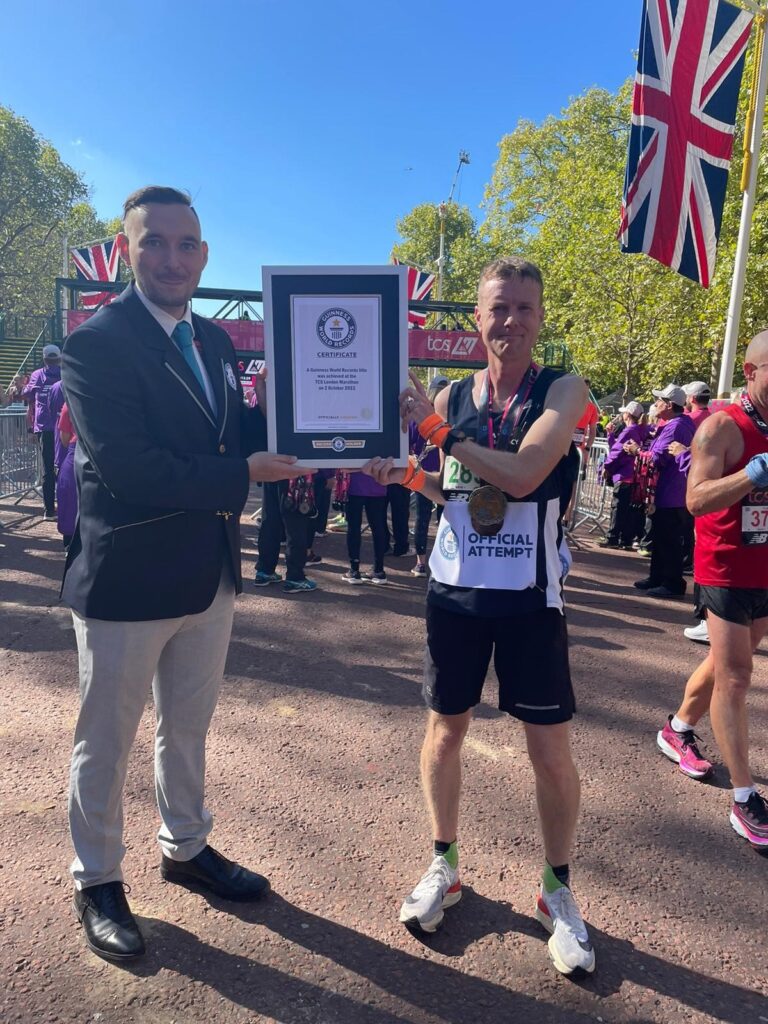 The cuffs were police-grade and made of steel and had a one inch chain.

The race itself was indeed challenging. Especially having the upper body being so restricted for so long, which was hard on the hips and shoulders.

But I suppose that’s the whole point. You also don’t know how much you miss being able to do the YMCA until you can’t!

I was delighted to set a new world record finishing in 2h55m and I’ve been amazed by the generosity of friends and family in helping me raise funds.”

Five-year-old Harvey-Lee was diagnosed with a rare bone condition at Southampton Children’s Hospital. He is one of only 200 cases having been reported.

We had an amazing time on Sunday at the 10th annual Volkswagen Santa run from Beaulieu Motor Museum to Southampton Children's Hospital.

Five-year-old Billy Twitchen has been in and out of Southampton Children's Hospital since 2017, having multiple surgeries, a liver transplant, and cancer. He was in the hospital over Christmas...