David Neal from Chichester shares his story of donating a kidney to his son, and how the team at Southampton Children’s Hospital went on to save his life:

“My son Oscar was diagnosed with chronic kidney disease in 2009 when he was only two years old.

“One day he woke up with swelling around both eyes. I’m an emergency medicine doctor and I suspected possible nephrotic syndrome which is often controlled by high dose steroids.

“My wife took Oscar to our GP who urgently referred him to our local hospital children’s ward. His urine was tested and showed Oscar’s kidneys were leaking excessive protein and his blood tests showed a very low Albumin (protein) level.

“Nephrotic syndrome was confirmed and he was then admitted to hospital for the first time and deteriorated further.

“In just a matter of days, further swelling developed all around his body, with the abdomen and legs being the worst affected.

“He was treated at first with high dose steroids. Unfortunately, Oscar was one of about 10% not to respond to this treatment. We didn’t know then how serious this would become with many more hospital outpatient appointments and admissions. 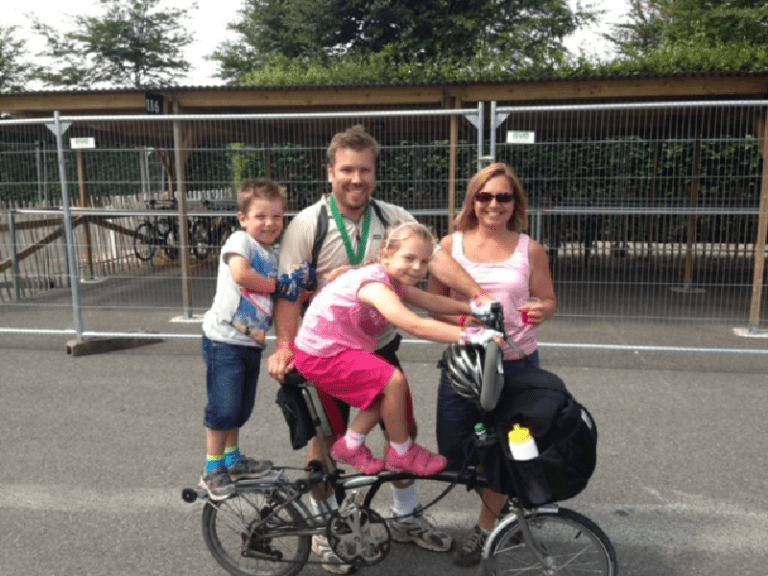 Southampton Children’s Hospital then took over the care of Oscar as our regional Paediatric Nephrology centre.

“We persisted with high dose steroids for at least four months, then introduced other immune-suppressants in an attempt to bring the kidney disease under control.

“While we saw some improvement, he never went into remission and he was often ill with one viral illness after another. He required three kidney biopsies which confirmed the more serious kidney disease, called Focal Segmental Glomerular Sclerosis.

“With Oscar not responding to treatment, we learnt that his kidney disease would inevitably progress to kidney failure within 5-10 years, when he would need dialysis or a transplant to stay alive.

Oscar was then urgently placed on haemodialysis three days a week at Southampton, and we started to prepare for a possible kidney transplant.

“However he became really unwell at that time and had to be admitted to the G4 nephrology ward due to severe pneumonia, and he required a chest drain and several months of antibiotics. He also developed a large fluid swelling around the heart and required this draining to help the heart function better.

“These four months in hospital were the hardest but that’s when we really appreciated the support and expertise of the nurses and doctors looking after Oscar, spending days on end in the hospital, and often four to five hours per haemodialysis session.

“Oscar required haemodialysis for a year before he had recovered enough to then have his diseased kidneys removed in preparation for a kidney transplant.

My wife and I were tested and I was the closest match. I then had to have multiple tests at Guy’s and St Thomas’ Hospital, London to confirm that I would indeed be a suitable kidney donor.

“It was August 2017 when Oscar, now aged 10, received my kidney. My operation to retrieve the kidney was performed at Guy’s Hospital. The kidney was then transported to Evelina Children’s Hospital and transplanted into Oscar.

“Thankfully the operations went well and there were no significant complications. I spent three nights in hospital, and the first thing I wanted to do when I was discharged was, of course, visit Oscar. 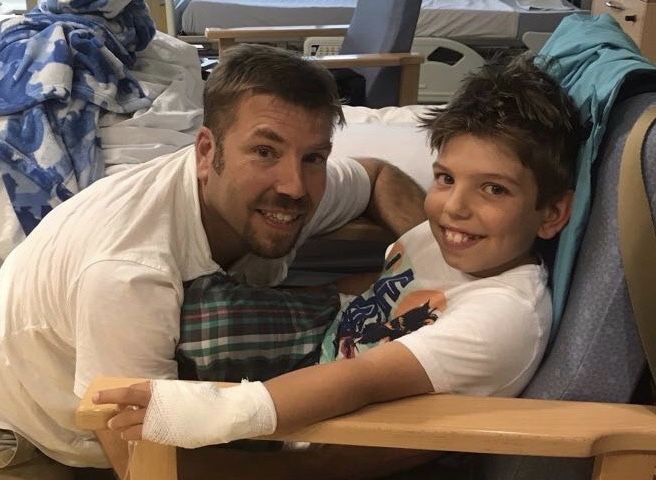 “We were so happy to see each other again and we gave each other a big hug even if we were both suffering some pain. Oscar needed to remain at Evelina Hospital for around 10 days before being transferred to Southampton Children’s Hospital.

“The first year post-transplant was very demanding where Oscar had to have frequent blood tests, careful reviews and adjustments of many of his long term medications. This was initially every day for the first few weeks then several times a week for many more months. By the end of the year this was eventually down to once a month.

“Over the years, but particularly whilst Oscar was on dialysis and in the first year after the transplant, we spent much time travelling the 80 miles round trip from home to Southampton Hospital.

“After Oscar’s transplant, he needed something to look forward to, and the paediatric nephrology team encouraged him to participate in the British Transplant Games as part of the Southampton team, the Organators. It wasn’t something we’d heard of before, but it really helped to encourage him to get active.”

Southampton Hospitals Charity raises funds for the Southampton kidney transplant patients to participate in the British Transplant Games, which are held in a different city each year.

“Our first transplant games were in 2018, in Birmingham, so this was within a year of Oscar’s transplant and it was a really special event.

“It was so helpful to meet other parents and children who had been through a similar experience, or worse. It helped us to come to terms with everything we had had to face in the previous years and it was inspirational to see other children doing really well and being active.

“The second time we went to the Transplant Games in Newport, South Wales and Oscar competed in a timed cycling race. He really went for it, and ended up winning a gold medal in his age group, cheered on by some of his team mates and parents.

“Oscar has even chosen PE as a GCSE option for next year! 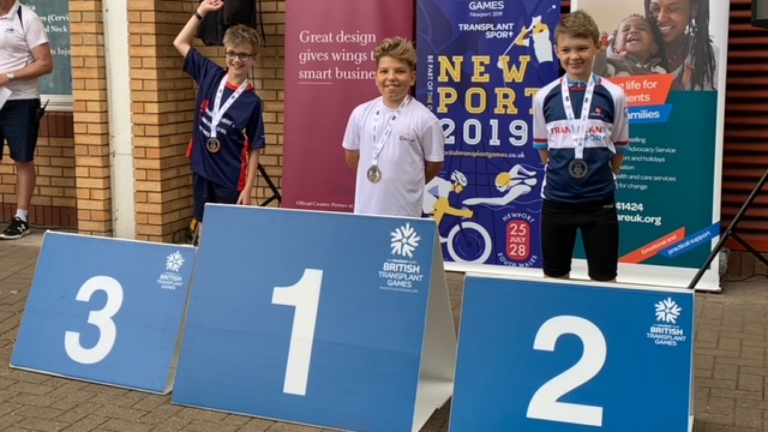 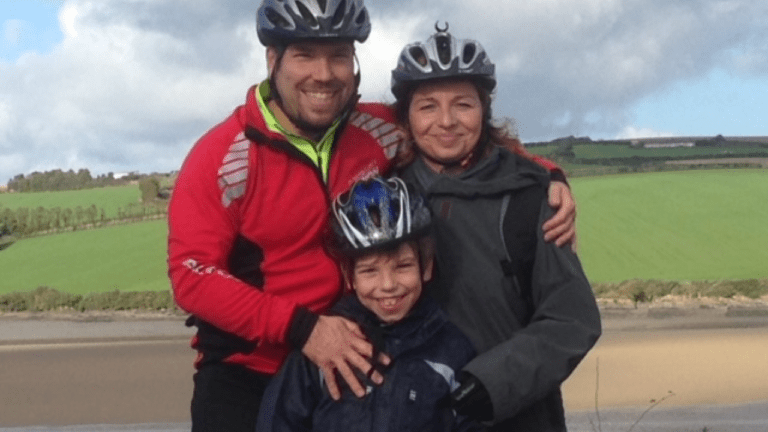 “None of this would have been possible without the care we received in Southampton and London. I am joining a group of doctors, nurses, parents and kidney donors cycling from London to Southampton on Saturday 3rd July, to mimic the journey taken by the children receiving transplants and raise funds for the Southampton Transplant team.

“We are covering 100miles, so it will be challenging, especially as I need to keep hydrated as I only have the one kidney now!”

Please help me send the Southampton team of children with transplants to the British Transplant Games in 2022 by donating: https://www.justgiving.com/fundraising/david-neal12

Our thanks to Fowler and Smith, Alresford, for sponsoring the London to Southampton cycling event.

Skills Scaffolding are doing an open water swim from Bournemouth to Boscombe as part of the Pier to Pier challenge on 7 July in support of our neonatal intensive...

Help transform care for our…

We are changing the culture of caring for older people by creating a space where patients in Southampton can be kept active and mobile through the environment and technology,...

New and modernised ambulances will help deliver enhanced care for babies and children needing emergency treatment at Oxford and Southampton.