On Saturday 21 May, over 700 people gathered at Silverlake Stadium in Eastleigh to watch professional football legends take on local NHS heroes from University Hospital Southampton.

Match goers were welcomed by the sounds of the official Saints Brass band and could even take photos with the original 1976 Saints homecoming bus! 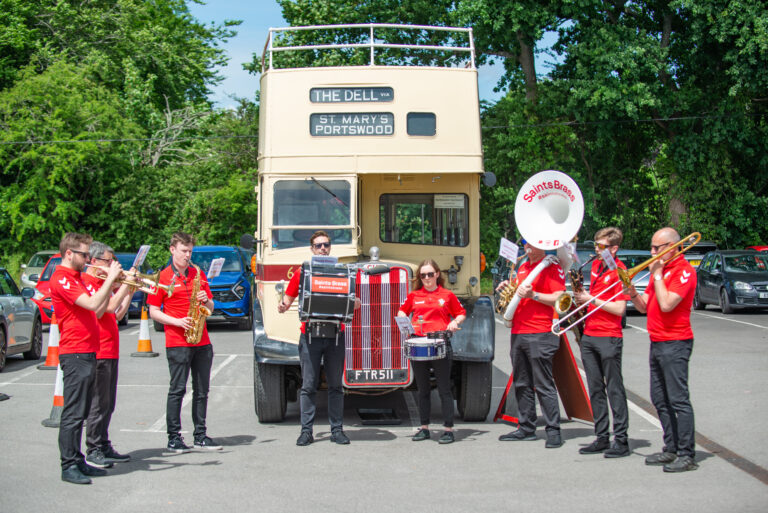 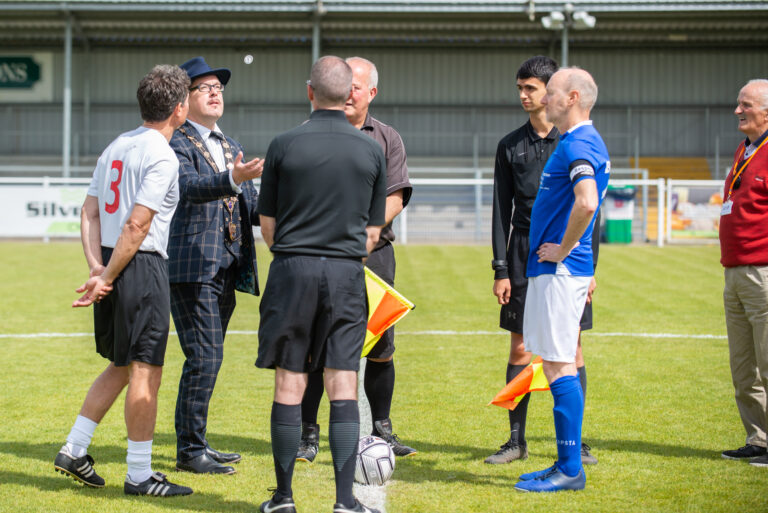 The Mayor of Eastleigh, Adam Manning, arrived to conduct the coin toss between the two captains before the match got underway.

The football legends managed to bag a goal in the 16th minute, finishing the first half one goal up from the NHS heroes. Less than five minutes into the second half, the legends scored another goal.

This was followed by two more goals, with the Legends being four goals up to nil from the NHS heroes. However, the NHS heroes managed to fight back, scoring a goal in the second half.

The afternoon was filled with cheering fans, lots of sunshine, plenty of food and drink. We had the pleasure of welcoming 1976 FA Cup winners Peter Rodrigues, Jim Steele and Hugh Fisher as VIP guests and managers of the NHS heroes team. 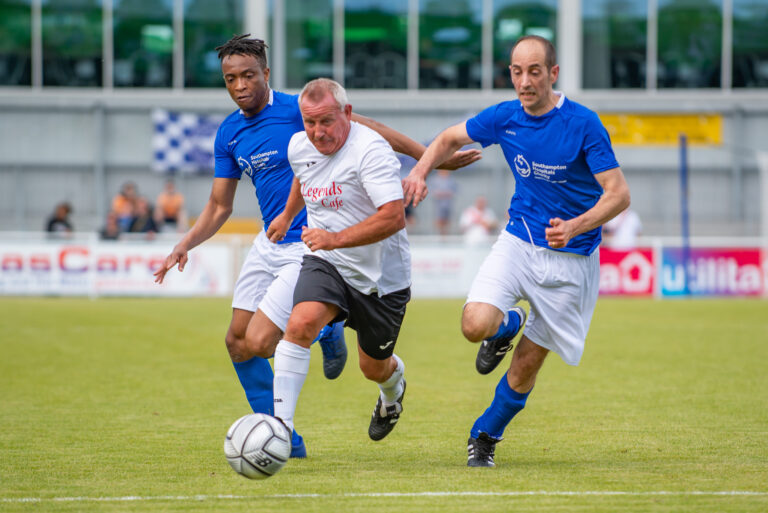 We also were delighted to welcome the Youth Football Team along with PEEER Project Youth Service, part-funded by Southampton Hospitals Charity.

An exciting raffle saw fans winning prizes such as signed memorabilia, weekends away and plenty of incredible experiences!

More photos of the day here

Shaving her head for theatres

Julie Martin is a Sister in Children’s Theatre Recovery at Southampton Children’s Hospital. This July, she will be braving a head shave to raise money towards murals and artwork.

This June, friends Dave French and Luke Andrews, will be walking 100 miles in support of the Paediatric Intensive Care Unit at Southampton Children’s Hospital.

Hannah Sinclair has taken on a 100-mile cycle this June to show her appreciation to the G4 renal team in Southampton Children’s Hospital for saving her baby's life.