Ebony spent the first six weeks of her life in hospital, so now the family wants to give back to the neonatal intensive care unit in Southampton for saving her life. Mum, Amy, says:

“My husband, Martin, and I went for our 20-week scan in December 2020 with our second baby at Queen Alexandra Hospital as we live near Portsmouth.

While we were at in the waiting room for the scan, I was thinking about how this was going to be the last time we did this. Everything had run smoothly with our first baby, so we didn’t expect anything different this time.

While I was having the scan, it seemed to take a while, but I thought nothing of it. Maybe the baby wasn’t in the right position?

At the end of the appointment, the sonographer told us that she had found a problem.

My heart dropped. You know going into a pregnancy that anything could happen, but you can’t prepare for it.

Our baby had a condition called congenital diaphragmatic hernia (CDH) which happens with around one in 2,500 pregnancies.

This happens when the baby is forming in the womb early on, around the eight-week mark, where the diaphragm forms. With CDH it doesn’t form properly, allowing the organs that should be in the stomach area to move up into the chest, affecting lung growth.

We were referred straight to Southampton to their fetal medicine unit for specialist care and monitoring.

I had an amnio prenatal test to see if there were any other conditions present. Thankfully there weren’t.

The staff asked us if we wanted to terminate the pregnancy based on the CDH diagnosis. We didn’t want to, and I can’t now imagine our life without Ebony.

Over the next four months, we were back and forth every week/every other week throughout the whole pregnancy.

A date was booked for me to be induced at Princess Anne Hospital in Southampton so the neonatal intensive care unit (NICU) staff could be there straight away after birth to give treatment to our baby.

When Ebony was born, there were so many doctors and nurses in the theatre ready to meet her. Once they showed her to us, they sedated her, intubated her, and wheeled her down to NICU.

We got to see her after about 12 hours. It felt like an age, and I was too scared to ask the midwives what had happened to her.

Then we got the call.

I couldn’t walk yet, so they wheeled me down in my bed. 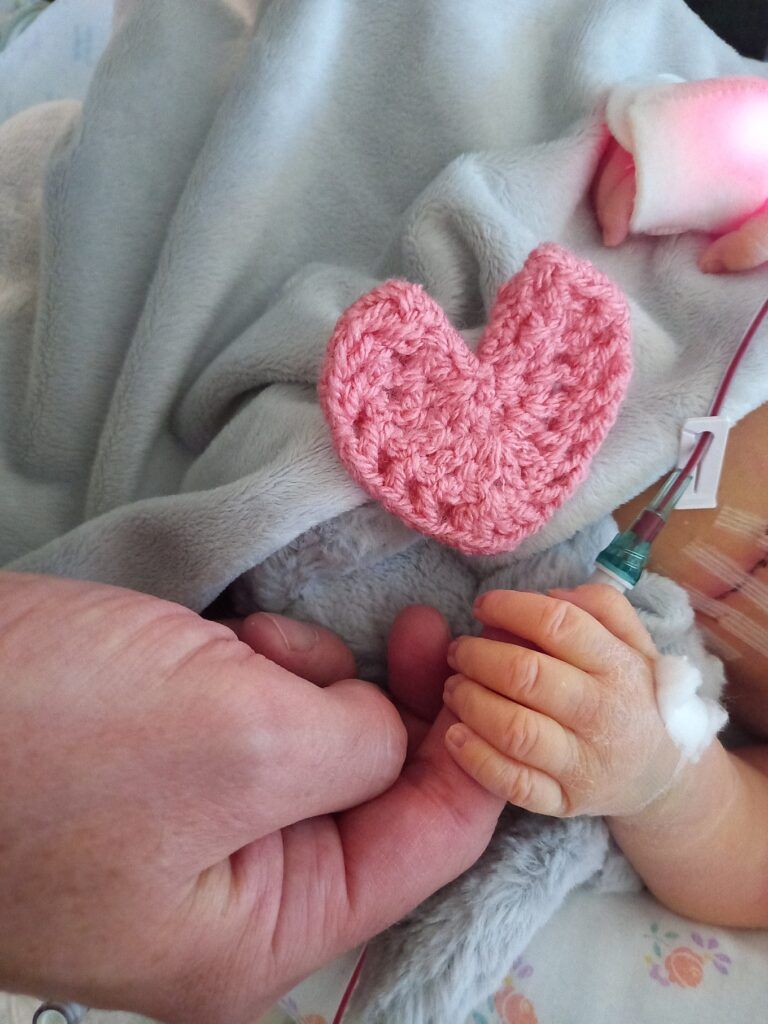 To see Ebony that first time: laying still, a big tube in her throat, wires coming out of her, it was hard. She received the highest level of care and had multiple drugs to help her lungs develop.

All the staff were just amazing. Hospitals are constantly busy, but so many members of staff took the time to come over to us and say who they were and asked about our family. During the whole experience, we were amazed by how professional everyone was.

They have a big thing about family-centred care, and you can really tell that.

Being a specialist neonatal unit, Southampton sees around 10-12 cases a year of CDH babies like our little one.

Ebony had so much equipment that she took up one end of the intensive high-care room, rather than having two beds in that space.

It is so hard to see your baby like that. After having one healthy child together, and Martin having a teenage Son with no health conditions, this is totally different, and I really feel for the first-time mums going through this journey.

When she was just five days old, she had surgery. They found that all her organs except for her liver were pushed up into her chest.

It was such a worrying time for us as surgery still doesn’t guarantee life as you don’t know what the lung function will be like. With CDH, it is unknown at every single step of the way, which is so hard. 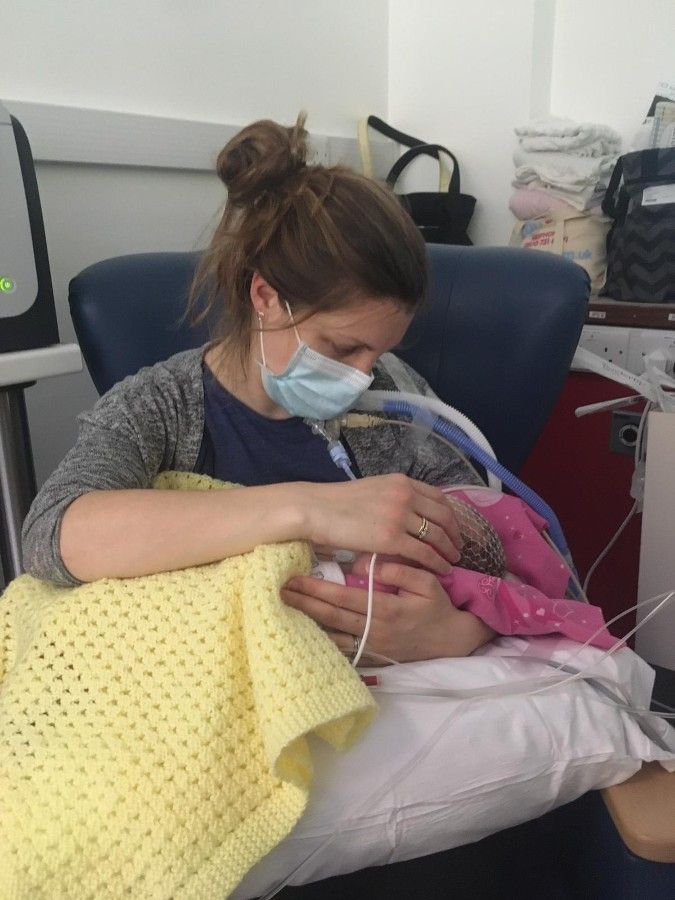 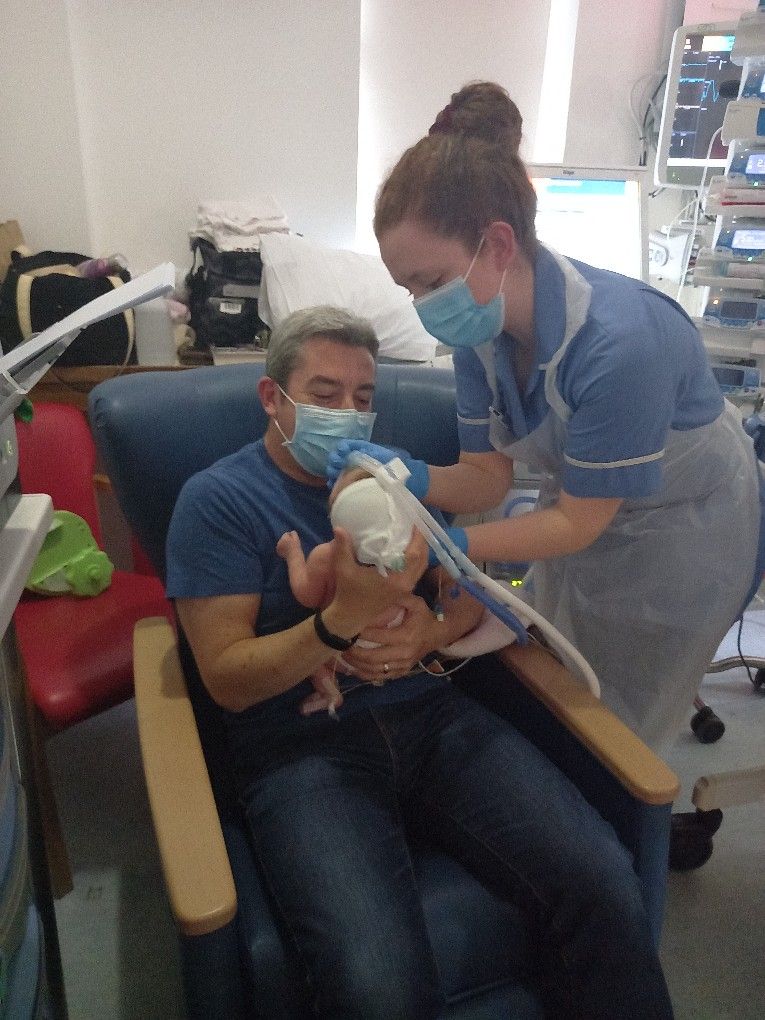 Our time in Southampton was intense.

The nurses went out of their way to get Ebony out of her cot so we could hold her once it was safe to do so. It took three nurses to move her and all her equipment, so this was no easy feat.

We could ring them at any time of the day for an update, and they would leave little messages for the whole family and send us updated pictures on a video platform called vCreate.

With the neonatal unit, you don’t think about the place ever existing until you need it.

Ebony remained in the neonatal unit for three and half weeks before she was transferred to Queen Alexandra Hospital for follow-up care.

Ebony came home the day before our daughter’s third birthday, and this was the first time they met due to hospital Covid-19 restrictions however the hospital had given her a sibling’s pack, including a knitted heart from her sister.

I always knew that we would celebrate Ebony’s first birthday by asking for donations to Southampton Hospitals Charity. I think while were still in the NICU when we decided it!

Ebony is under constant monitoring. Last September they found the original repair of the diaphragm failed which it can do with this type of surgery. In November she had follow-up surgery in Southampton to do this repair, and we were grateful all over again to the hospital.

There are little challenges that she will live with, but she is such a happy baby, and I can’t wait to see her grow! 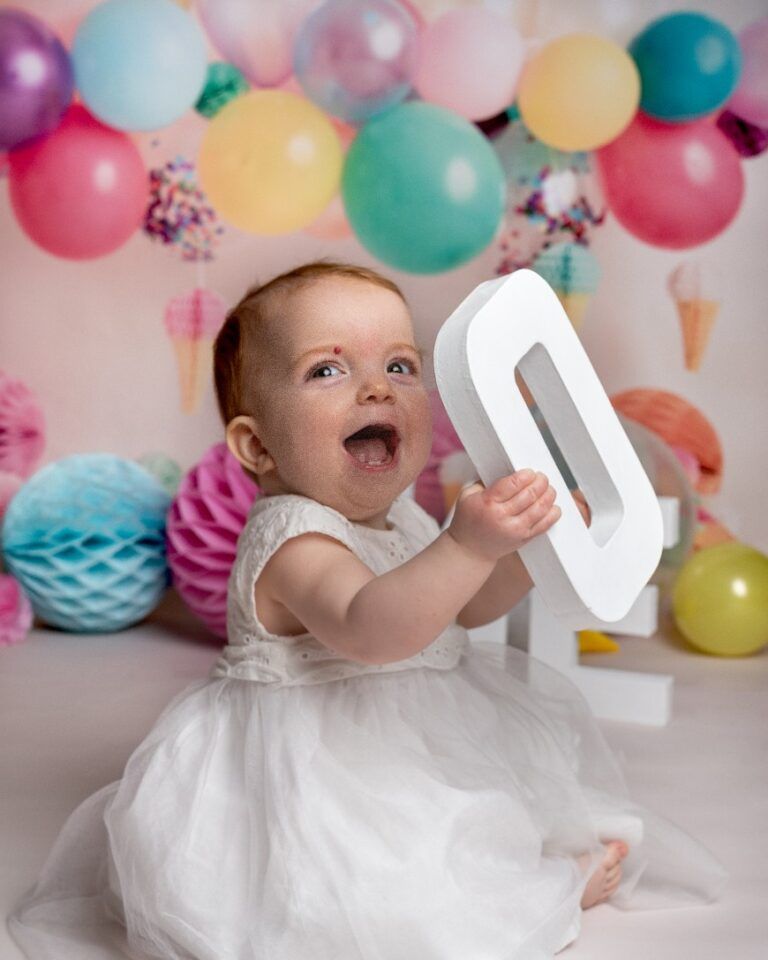 She is doing amazing considering what she has been through in her short life.

My thanks to our family and friends for supporting us through our journey, and for helping us to celebrate Ebony’s first birthday on 9 April 2021.”

This May, Kimberly Crosswell from Hedge End  ran the Thames Path 100-mile challenge in support of the Southampton neonatal intensive care unit at University Hospital Southampton to thank staff...