Dad, Nick Revell, from Salisbury explains: “We were referred to Southampton after our 20-week scan showed that Maxwell wasn’t growing because the blood flow from the placenta was minimal. It was enough to keep him alive and all organs functioning, but not enough to grow like in a standard pregnancy.

My wife Georgia was put on a tracing machine to monitor Maxwell and they decided to deliver him via emergency c-section that evening.

Not only was he 14 weeks early, but he weighed only 430g. That’s less than one pound, making him one of the smallest babies they’ve ever had on the unit.

Due to his lack of development and growth, he was given a slim chance of survival, however now 21 months on he is still fighting.

Maxwell spent the first five months of his life on the neonatal unit at Princess Anne Hospital before being moved across the road to Southampton Children’s Hospital for the next four months. 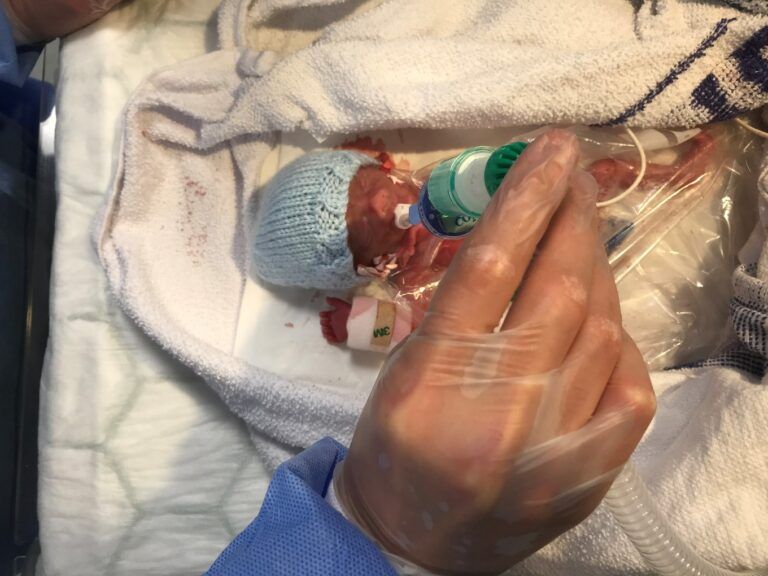 I cannot speak highly enough of the level of care and compassion given in the neonatal unit. They really do perform miracles and give babies like Maxwell a chance to survive and prosper. My wife, Georgia, and I also received support from the fantastic psychological team to help us deal with the emotional rollercoaster that comes with a severely premature baby.

Little Maxwell journey has been a far from smooth ride.

He has fought off multiple infections and has been on a ventilator for a lot of his short life. He also has chronic lung disease, metabolic bone disease, and cerebral atrophy which comes with being a micro preemie.

He has tried nearly every breathing machine on the unit and nearly every drug in the cupboard. He has been looked after by nearly every nurse, and has become quite the celebrity there!

Thankfully we were discharged from hospital on 29 March 2021 where Maxwell has thrived at home and gone from strength to strength.

He has milk by a nasojejunal (NJ) feeding tube, he received small amounts of oxygen every day, and we have a BiPAP machine overnight to help with his breathing. This is gradually being weaned off along with different medications as he grows and becomes stronger.

Maxwell has shown that he is one tough cookie for what he’s had to endure in his short life. He is our little fighter!

There have been many occurrences too close to call, but he has pulled through every single one of them. 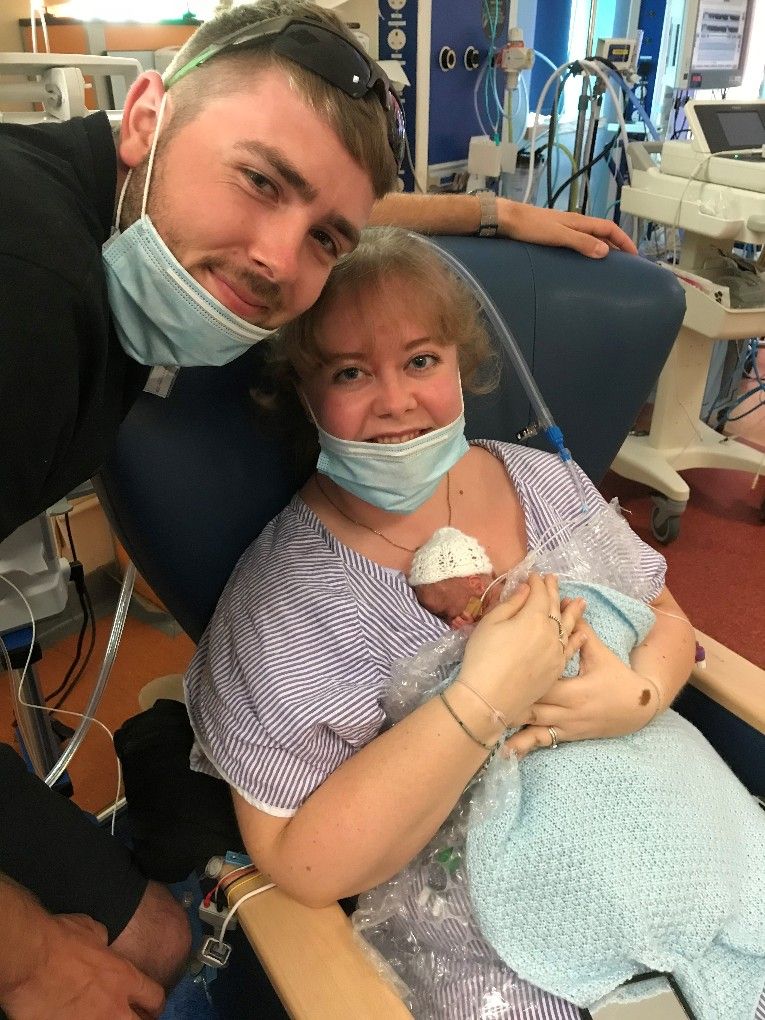 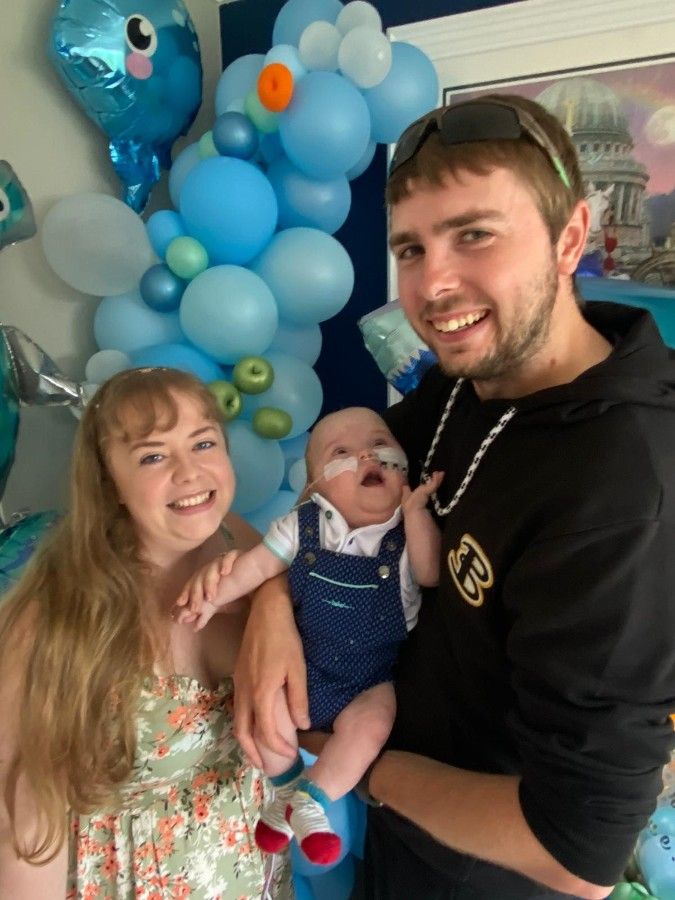 We wanted to show our appreciation and gratitude to the neonatal intensive care unit my cousin, Sam, best friend Jordan, and myself are taking on the Isle of Wight Challenge over the 30 April-1 May 2022.

Over the two days, we will complete a 108km walk around the entire coastline of the island!

The unit always needs equipment to make these miracles happen for other babies, and we are just so thankful to the unit for giving Maxwell the best chance possible to not only survive, but to grow up and thrive.

There are still many challenges and difficulties to be faced but none of this would have been possible without the amazing work and care given by the team in Southampton.

Support our fundraising at https://www.justgiving.com/fundraising/maxwellrevell

Discover more exciting stories like this in our newsletter. It has everything that has been happening in the Charity over the last four months including: 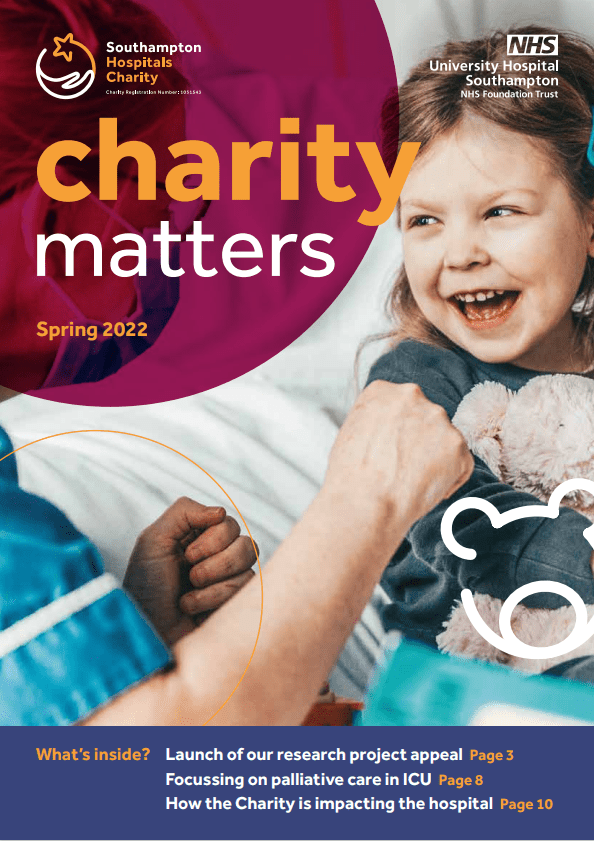 This May, Kimberly Crosswell from Hedge End  ran the Thames Path 100-mile challenge in support of the Southampton neonatal intensive care unit at University Hospital Southampton to thank staff...